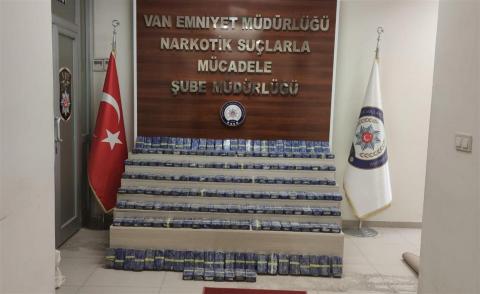 Turkish police seized 100.1 kilograms (220.5 pounds) of heroin in the eastern province of Van, according to officials on July 27.

In a statement, the provincial security directorate said the drugs were recovered from a van stopped in the Seyrantepe neighborhood in the Tuşba district.

A sniffer dog helped in the search and a driver, identified only by initials H.K, was arrested.

The drugs were hidden in 203 packages in the fuel tank of the van.