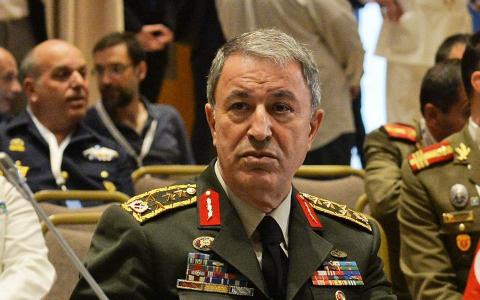 In the wake of fever-pitch tensions between Athens and Ankara, Turkey's Defense Minister Hulusi Akar hinted that military meetings would be resumed in the Turkish capital in the near future to discuss confidence building measures (CBM) between the two countries

"We have some contacts with our Greek neighbors. In the past, there were two meetings in Athens and one in Ankara. We expect the fourth meeting to take place again in Ankara," he said, according to state-run Anadolu Agency.
"We have made every effort to resolve some issues in the meetings and we will continue to do so," he added, without specifying the timing of the fourth meeting in Ankara.

For its part, the Greek Defense Ministry said Friday that, at the moment, there are no dates for the next round of CBM talks.

​​​​​​Akar also reiterated his country will not compromise on Cyprus, the Eastern...