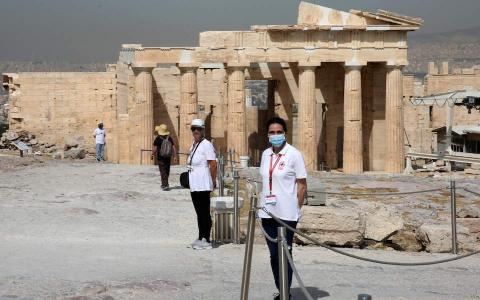 The eurozone's economy recorded its deepest contraction on record in the second quarter, preliminary estimates showed on Friday, while the bloc's inflation unexpectedly ticked up in July.
In the months from April to June, gross domestic product in the 19-country currency bloc shrank by 12.1% from the previous quarter, the European Union's statistics office Eurostat said in its flash estimates.
The deepest GDP fall since time series started in 1995 coincided with Covid-induced lockdowns that began to ease in many eurozone countries only from May.
The contraction was slightly more pronounced than market expectations of a 12% fall, and followed the 3.6% GDP drop recorded in the first quarter of the year.
Inflation instead continued its upward trend, defying expectations of a slowdown, supporting the European Central Bank's expectation that a negative headline...