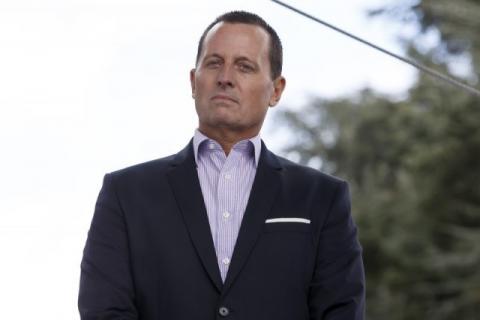 Shala sent a written explanation to the Pristina television Klan Kosova for the statement given in the show "Rubicon" on Thursday about the US Special Envoy Grenell, in response to different interpretations of the mentioned statement.
"Richard Grenell, US President Donald Trump's special envoy on Kosovo-Serbia dialogue, remains fully committed to contribute in the final phase of talks between authorities of Pristina and Belgrade, on reaching of a Comprehensive Agreement on normalization of relations between Kosovo and Serbia," Shala said.
According to Shala, "the White House considers as vital long-term stabilization of the Western Balkans through reaching of this Agreement, and the role of President Trump's Administration is irreplaceable for Kosovo and Serbia in successful outcome of the final phase of dialogue."
"Richard Grenell as Special Envoy of the White House, continues playing his very important role in the dialogue between the highest instances of Kosovo and Serbia, as it was the case since autumn last year, when President Trump appointed him on this very important position", he concluded.