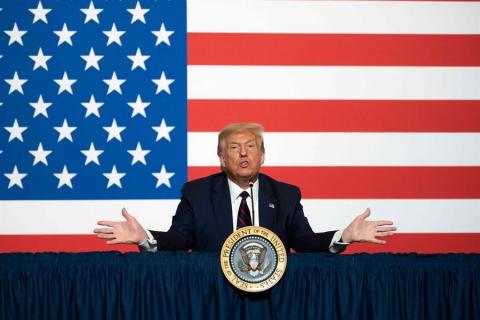 President Donald Trump repeatedly tests the Republican Party's limits on issues including race, trade and immigration. On July 30, he struck a boundary.

GOP officials from New Hampshire to Mississippi to Iowa quickly pushed back against Trump's suggestion that it might be necessary to delay the November election- which he cannot do without congressional approval- because of the unfounded threat of voter fraud. They reassured voters that the election would proceed on the constitutionally mandated day as it has for more than two centuries.

Iowa Sen. Chuck Grassley was especially blunt: "All I can say is, it doesn't matter what one individual in this country says. We still are a country based on the rule of law, and we want to follow the law."

New Hampshire Gov. Chris Sununu vowed his state would hold its November elections as scheduled: "End of story." Rep. Liz Cheney, R-Wyo., who leads the House Republican Conference, said, "The resistance to this idea among Republicans is overwhelming."

The top Republicans in the House and Senate, who have spent the past four years championing Trump in Congress, also distanced themselves from the notion of a delayed election.

It was a rare rebuke for Trump from his fellow Republicans, but one that might not last. There was little conservative opposition to Trump's broader push to raise questions about the legitimacy of the Nov. 3 election, including his suggestion later Thursday that a delayed result because of mail-in ballots would be a sign of fraud.

The simple reality remains that Republicans up and down the ballot this fall need Trump's fervent base on their side to have any chance of winning.

The dynamic has forced Trump-backed politicians to walk a delicate balance as they...