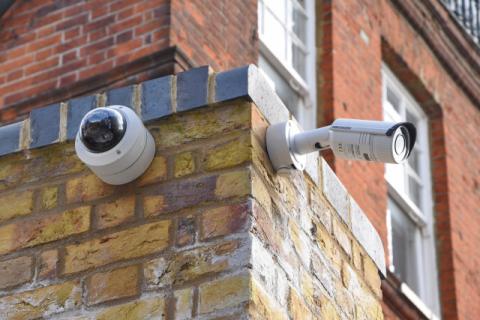 A civic initiative called #hiljadekamera ('thousands of cameras' in English), has been raising concerns about the deterioration of privacy in Serbia resulting from the introduction of video surveillance system with advanced facial recognition in the capital Belgrade. As part of the campaign, a documentary with the same title, was released.

The Serbian government in cooperation with the Chinese technology company Huawei have been actively working on the implementation of the surveillance project, called Safe City, in Belgrade since 2019. This project involves the installation of thousands of smart surveillance cameras with object and facial recognition features. The cameras were procured as part of a bundle that included an artificial intelligence system used to analyse the feed captured by them.

Hiljade Kamera is led by SHARE Foundation, the leading Serbian digital rights group established in 2012 and a member of European Digital Rights network (EDRI). On its website (hiljade.kamera.rs), launched in May 2020, the initiative describes itself as "a community of individuals and organisations that advocate the responsible use of surveillance technology." It is pushing for the respect of the right to privacy and accountability in relation to the government surveillance program through a number of tactics, including crowd-mapping, community building, research, advocacy and content production.

SHARE Foundation produced a concise documentary summarizing the situation. The documentary is available in Serbian language, with English subtitles.

In the video, experts and representatives of the initiative and the Serbian National Data Protection Authority, raised concerns about the surveillance project.