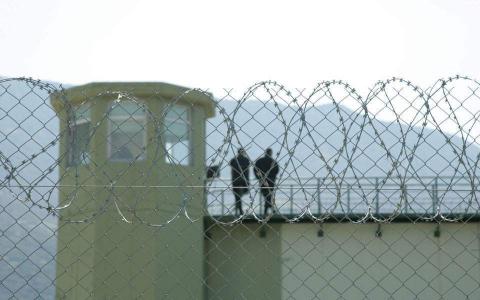 Draft legislation presented to cabinet last week by Citizens' Protection Minister Michalis Chrysochoidis aims to put a stop to the transfer of inmates convicted of terrorism from high-security penitentiaries to agricultural jails.

Ruling New Democracy had pledged to overhaul the legislation that permitted the transfer of November 17 hitman Dimitris Koufodinas in 2018 from the capital's Korydallos Prison to an agricultural jail in Volos from which he has taken several furloughs.

The same bill also aims to introduce stricter conditions for prison leave, while also establishing a "re-induction network" in several Greek cities, in association with local organizations and services, which will help released prisoners return to life in the community.

Commenting late last week on the new bill, Chrysochoidis said its purpose was to tighten security and "halt the abuse...