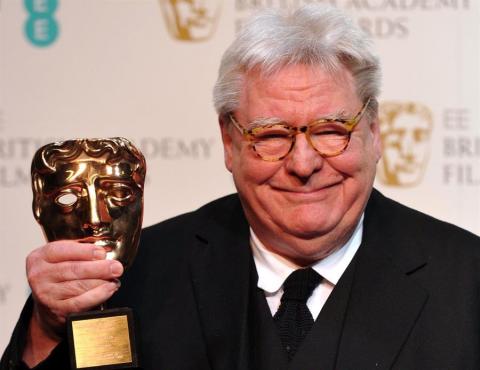 Alan Parker, who juggled genres and celebrated music with hits such as "Bugsy Malone", "The Commitments" and "Evita", died on July 31 at the age of 76.

"His work entertained us, connected us, and gave us such a strong sense of time and place," it said in a tweet, calling him "a chameleon" for his ability to change with the times.

Andrew Lloyd Webber called Parker "one of the few directors to truly understand musicals on screen".

His family said he died "following a lengthy illness".
The son of a north London house painter and dressmaker, Parker first tried his hand at writing and directing commercials.

He made his first film for the BBC before blossoming in the 1970s with a rapid succession of standout hits, starting with the 1976 gangster musical spoof "Bugsy Malone".

Its cast of children included a 16-year-old Scott Baio in the lead as an Irish-Italian boxer, and Jodie Foster as a gangster moll. She was then just 13 but already had seven films to her name.

The film got critics' attention. "Midnight Express", a dark Oliver Stone scripted thriller about a U.S. student who was thrown into a Turkish prison for drug smuggling, got Parker his first Oscar nomination.

He followed that up in 1980 with the genre-setting American teen musical drama "Fame", which was spun off into a popular US TV series and led to other musical dance films.