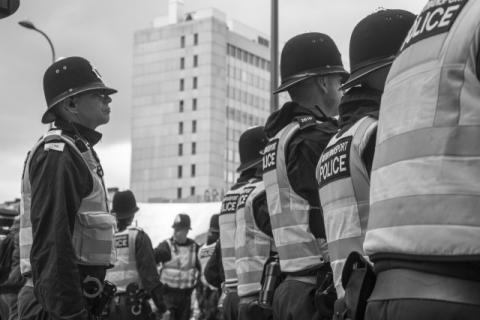 An increase in confirmed cases of new coronavirus among police in Bulgaria's capital city Sofia has resulted in a decision to reduce by about a third the number of police guarding the anti-government protests, the Interior Ministry said on August 1.

August 1 is the 24th consecutive day of the protests in Bulgaria, demanding the resignation of Boiko Borissov's government and Prosecutor-General Ivan Geshev, and the calling of early elections. The protests have been mobilised around a call for the rule of law and an end to ties between oligarchic shady business interests and politics.

In the past week, five or six cases a day of police officers being ill with coronavirus had been confirmed.

As a result of police being ill or quarantined, it may be necessary to second police to Sofia from other parts of Bulgaria.

The protests daily have drawn several thousand people, in close quarters and with only a minority wearing protective masks. Nor have all police been wearing masks.

At a briefing on August 1, the Interior Ministry said that there was no information that any police officer was seriously ill. An emergency meeting was held at Sofia police headquarters because of the sharp increase in cases of new coronavirus at the capital city's Interior Ministry directorate.

In Sofia, the major road intersection at Eagle Bridge (Orlov Most) and the boulevard where the Presidency and the Cabinet buildings stand have been blocked by three days by anti-government protesters who have been supplied with tents for an encampment.

On Friday night, police took into custody a man who, at about 2am, tried to set fire to one of the tents.

Bulgarian National Television reported that the evening had seen verbal skirmishes between...