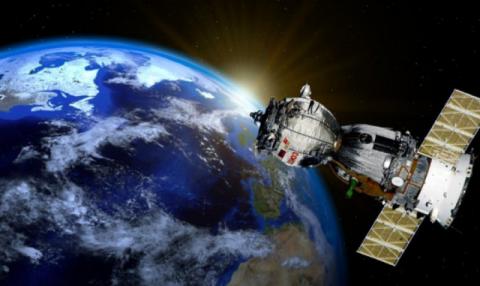 The heavy-lift Proton-M rocket equipped with a Breeze-M upper stage launched the Express 80 and Express 103 communications satellites into orbit from Baikonur Cosmodrome in Kazakhstan. Liftoff occurred at 5:25 p.m. EDT (2125 GMT). The local time at the launch site was 2:25 a.m. on Friday (July 31).

Built by Roscosmos' ISS Reshetnev, the Express communications satellites will use electric thrusters to reach their final orbits that range between 10,300 miles (16,600 kilometers) and 34,100 miles (54,900 kilometers), according to Spaceflight Now. It should take the two satellites up to 160 days to reach their target orbits, according to Roscosmos.

The Express 80 and Express 103 satellites are designed to serve users with fixed and mobile data services, digital TV and radio broadcasting and high-speed internet access, Roscosmos officials said. They should last about 15 years in orbit. / space.com

Liftoff of a Proton rocket from the Baikonur Cosmodrome, carrying two Russian Express communications satellites on an 18-hour ride toward their final positions in geostationary orbit. WATCH LIVE: https://t.co/51KhCVxAJ0 pic.twitter.com/CahXRzA7ro