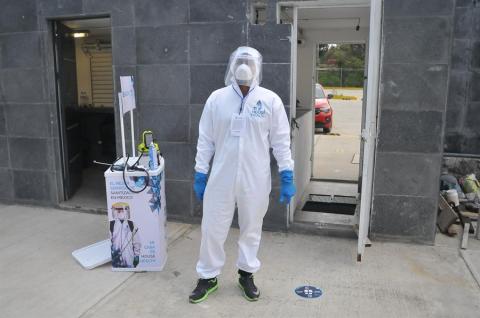 Devastating economic data poured on July 31 as nations counted the cost of efforts to contain the coronavirus pandemic, even as fresh spikes forced countries including Britain to put the brakes on a return to normality.

Six months after the World Health Organization (WHO) declared a global emergency, the novel coronavirus has infected more than 17 million people and killed nearly 674,000, according to an AFP tally.

As global daily cases approach the 300,000 mark, the impact is being felt in every sphere of life, with elections postponed in Hong Kong - the latest blow to its democracy activists - and the annual Muslim hajj pilgrimage in Saudi Arabia performed with radically reduced numbers.

In a sign of the trade-offs being forced on governments, Britain imposed new lockdowns in several northern counties Friday, just as Western Europe announced historic economic slumps that would have been nightmare scenarios at the start of the year.

Europe as a whole saw gross domestic product (GDP) fall by 12.1 percent in the eurozone and by 11.9 percent across the Union bloc.

"It is a shocking drop, but completely understandable as the economy was shut for a considerable period," noted Bert Colijn, senior economist at ING Bank.

Meanwhile, in the United States - the world's biggest economy and hardest-hit nation - jobless Americans were bracing for an end to extra unemployment payments after Congress failed to reach a deal on extending benefits.

It came just a day after the U.S. posted a second-quarter GDP drop of 9.5 percent from the same period a...