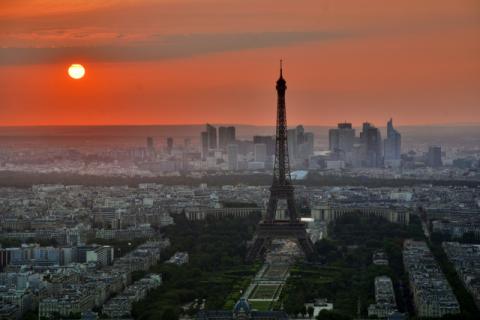 Travellers from countries where the infection rate is deemed to be high will be subject to compulsory testing on arrival at French airports and sea ports, Castex told reporters during a visit to Charles-de-Gaulle international airport, north of Paris.

The tests will apply to "French citizens who live in these countries or citizens of these countries with an established residence in France" who will be the only ones allowed to enter, the prime minister added.

France does not allow general travel to and from these countries, which include the United States and Brazil.

Travellers who test positive will be required to spend 14 days in isolation to prevent the spread of the virus.

Castex said some of the high-risk countries already require airline passengers to show a negative virus test before boarding. It was not clear if they would be re-tested upon arrival in France.

He also did not specify if people would have to wait for their test results before being allowed to leave the airport.

Along with the United States and Brazil, which are reporting tens of thousands of new cases each day, the countries include Algeria, Bahrain, Israel, India, South Africa, Kuwait, Qatar, the United Arab Emirates, Oman, Panama, Peru, Serbia, Turkey and Madagascar.

Morocco, which has reported rising cases in recent weeks, is not on the list for now but could be added later, an official in the prime minister's office said.

Coronavirus tests will be rolled out across France by August 1, and will also be carried out at French ports, Castex said.

The new measures come amid signs that the rate of infection is accelerating again in France more than two months into the country's gradual exit from lockdown.

Alleged Gang Sexual Assault in a 5-Star Hotel in Egypt