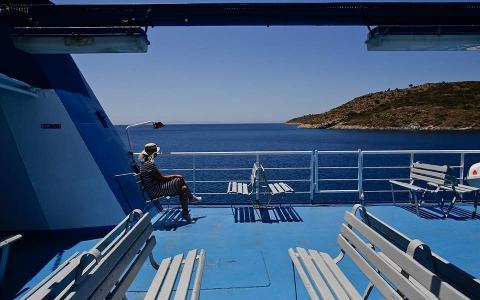 Tourists travelling by ferries in Greece will have to wear face masks even when they are sitting on the open-air decks, government spokesman Stelios Petsas announced on Monday.

The new measure will apply as of today (August 3) and until August 18.

Petsas said compliance to the new rule is crucial in order to avoid taking stricter measures to limit passenger capacity.

Greece has seen a steady rise in novel coronavirus infections during the last week.

The government has also decided to extend to August 15 a measure by which foreign seasonal workers who leave Greece by that date will not be able to return until further notice.

Both measures were decided during a video conference of Prime Minister Kyriakos Mitsotakis with the head of the government advisory commitee Sotiris Tsiodras Health Minister Vassils Kikilias, and Deputy Minister for Civil...