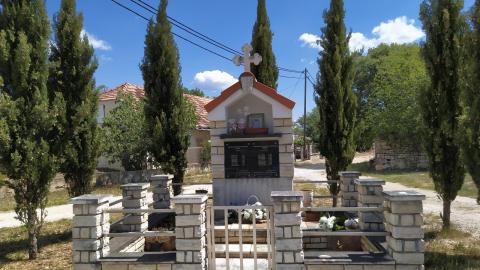 There were no direct witnesses, but survivors and relatives of the victims claim that people in military uniforms came to the village in the days before the attack, and robbed and abused the remaining Serb residents who had not already left because of the police and military's Operation Storm, which began at the start of August 1995.

"Mother called me during that period and told me how armed men mistreated my father. He was in the end-stage of diabetes at the time so he was unable to get up to greet them. They were very aggressive because of that," said Jovan Beric, the son of Radivoj and Marija Beric, who had fled to Banja Luka in Bosnia in the early days of Operation Storm.

Croatian investigators buried the dead at the cemetery in the town of Knin. An external examination of their bodies was conducted, but no autopsy.

"The police called me two days after the murders. No one told my sisters, who at the time lived in Zagreb and Cakovec, what had happened. They did what they did without our knowledge," Beric said. "We managed to move their bodies to the family tomb after eight years of agony."

A week after the murders, Croatian military and civilian police launched an operation to find the perpetrators.

As a result, six Croatian Army soldiers were arrested. Four of them were also suspected of killing seven other elderly Serb civilians in a separate incident in the nearby village of Gosic. Milka Borak (80), Dusan Borak (56), Kosovka Borak (77), Grozdana Borak (70), Vasilj Borak (75), Marija Borak (81) and Sava Borak (70) had been executed one month earlier, on August 27, 1995.

From 1996 to 2002, the two cases went through the Croatian courts. Meanwhile, the murders in Varivode and Gosic were also listed in the indictment of...