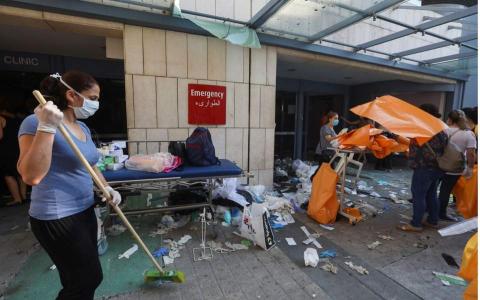 Tuesday's explosion was heard throughout Cyprus, which lies about 100 miles (160 kms) away.

Christodoulides said the Cypriot embassy in Beirut, which was closed at the time of the blast, was extensively damaged.