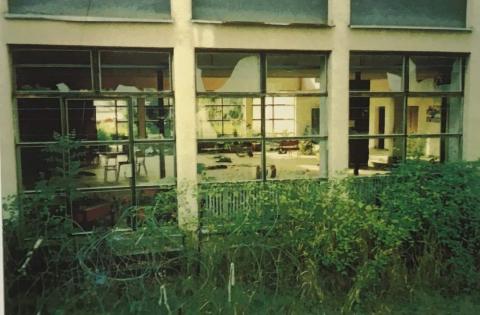 "One of the soldiers went from his position on the lawn to the school and looked through the windows. He signalled to the soldiers behind the wall. They started shooting. Immediately after, shooting could be heard from inside the school."

On August 8, it will be exactly 25 years since Christian Jensen witnessed this incident, which he described a few days after it happened to Danish investigators who sent their findings to the International Criminal Tribunal for the Former Yugoslavia, ICTY.

At the time, Jensen was a 54-year-old senior sergeant with the Danish battalion of the United Nations mission in Croatia. The battalion was based on a playing field 35 metres from the school building in the town of Dvor, which had been part of the territory held by the secessionist Republic of Serbian Krajina, an unrecognised entity established by rebel Croatian Serbs within Croatia in 1991 as Yugoslavia collapsed.

In early August 1995, the Republic of Serbian Krajina disintegrated during Operation Storm, a military offensive by vastly superior Croatian forces to take back territory held by the rebels, aided by a rear attack by the Bosniak-led Bosnian Army's Fifth Corps.

Some 200,000 Serbs fled Croatia as a result, many in a long convoy of cars, buses and other vehicles that headed along the road that led through Dvor and then across the border to Serb-controlled territory in Bosnia and Herzegovina.

Among the fleeing Serbs were around 50 residents of a psychiatric hospital and a retirement home in the town of Petrinja. They were evacuated to Dvor and given shelter in the town's elementary school, three...