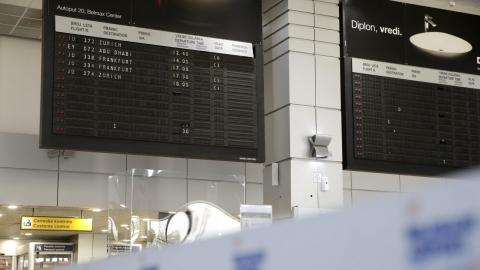 While this narrative derives from legitimate frustrations with things such as living standards and unaccountable governance, it is amplified by a rather ahistorical outlook and by unrealistic expectations, which produce a climate of fatalism.

Big majorities of two-thirds or more in almost all the countries polled say they don't see a good future for the young in the country, or don't like the directions their countries have taken.

Even in seemingly more optimistic countries, like Kosovo and Serbia, there is an important caveat - the young below 35 are more pessimistic than the generations above 56.

Older generations may have a more optimistic outlook because of their historical perspective. Having the dark 1990s as a baseline can make one appreciate stability and current achievements.

The incoming generation, on the other hand, grew up in peace and democracy. They are blind to the starting point and impatiently emphasize the goals - much like the 1968 "baby boomers" who felt disillusioned with the broken promises of the post-1945 order.

In the IRI poll, citizens of all Western Balkan countries overwhelmingly cite unemployment, low living standards and poverty as the biggest problems facing their countries.

The share of those saying they are happy with the economy is also very low, ranging from 14 to 35 per cent. Yet the paradox is that in all countries solid majorities also say they view the economic situation of their own households positively, as either somewhat good or very good (from 52 to 75 per cent).

This paradox suggests that the gloomy narrative about the region might be based less on what people experience themselves, and more on what...