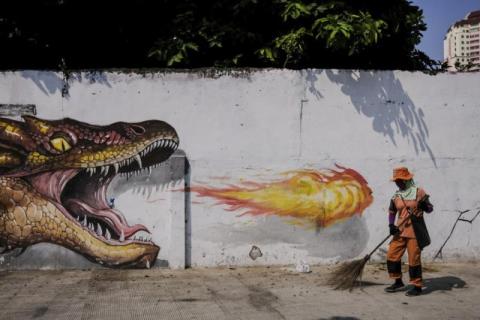 Over twenty million people were infected and 750.000 died.
"This week, we will reach 20 million registered cases of COVID-19 and 750.000 deaths, behind those statistics is a lot of pain and suffering", the head of the World Health Organization said at an online press conference.
"Many of you are in mourning, this is a difficult moment for the world. But I want to be clear, there are rays of hope... It is never too late to reverse the epidemic, but in order for that to happen, officials need to mobilize people to act and the citizens to adopt new measures", he said.
He said that his message was clear - eradicate, eradicate, eradicate the virus.
"If we effectively eradicate the virus, we can open society completely safely," he said, citing several countries where efforts have yielded results.
He said that some countries in the Mekong region, New Zealand, Rwanda and a number of island countries in the Caribbean and Pacific were able to eradicate the virus very quickly.
New Zealand, which crossed the 100-day mark yesterday without a single newly infected, is considered a world example, said the WHO Director General Dr Tedros Adhanom Ghebreyesus
He also praised the progress of Rwanda, which has a combination of strong leadership, universal health care, well-supported health workers and clear communication on public health.
He also praised the rapid action of some European countries, such as Great Britain, which strengthened the isolation of certain zones in the north of England, or France, which introduced the wearing of masks outdoors in highly visited places in Paris.