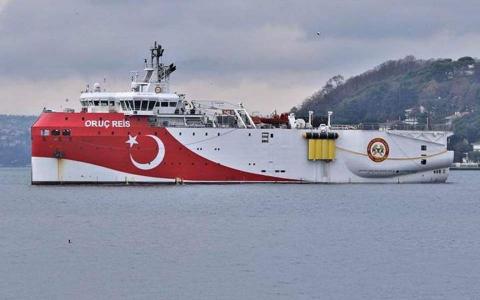 The government of Greece slammed Turkey's announcement that it will be conducting energy exploration in an area of the Eastern Mediterranean that Athens says overlaps its continental shelf, as tension over the rights to natural resources increased sharply in the region Monday.

Officials said the Greek military was on alert, while Prime Minister Kyriakos Mitsotakis convened the government's national security council after Turkey issued a Navtex, or international maritime safety message, Monday announcing its research vessel Oruc Reis and two auxiliary vessels would be conducting seismic exploration in an area between Greece and Cyprus until Aug. 23.

Last week, Turkey also announced it would be conducting a firing exercise in the sastern Mediterranean Monday and Tuesday in a nearby area, southwest of the Turkish coast between Turkey and the Greek island of Rhodes.