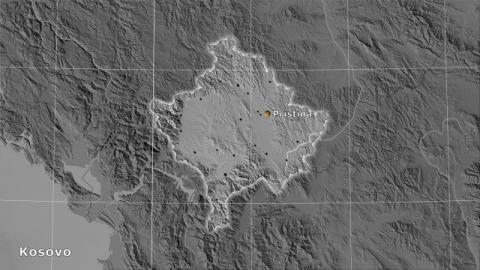 Former members of the Demarcation Commission, Florim Isufi and Spejtim Bulici, said.
According to the paper, the presence of 11 members of the Serbian gendarmerie, seen on Friday moving freely in the town of Karaevo near Kamenica, greatly upset the residents of that place.
Numerous reactions followed with requests to clarify how this happened.
The competent institutions announced that it was a joint routine patrol synchronized with KFOR.
The mayor of Gnjilane, Lutfi Haziri, reacted on the same day by publishing a post on his Facebook account, which he explained to T7, commenting on Haradinaj's visit the day after the Serbian gendarmerie entered Kosovo.
Speaking at T7, Haziri also criticized Kosovo Prime Minister Hoti for the measures to combat the coronavirus pandemic and dialogue.
He emphasized that if Vetevendosje (the Self-Determination Movement) finds a partner to initiate distrust in the Government, it has every right to do so, as did the party to which he belongs.