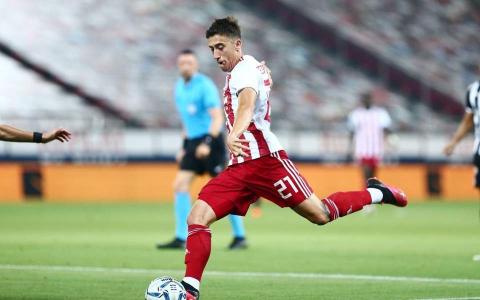 The 24-year-old left back made 46 appearances for Olympiakos in all competitions last season as they won their 45th Greek Super League title.

"I'm very happy, I'm very proud to be here. For me, [it's] the biggest club in the world. It's an honor to be here and I will give my best," Tsmikas told the club website.

"The league here, I like a lot. I watch it on the TV and it was always one dream I had from when I was a kid to come to play in this league and to come through.

"With a lot of work and focus on what I do and what the coach [Juergen Klopp] wants, and every day working...