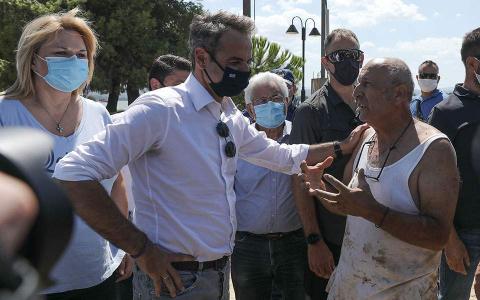 A prosecutor on the island of Evia has ordered an investigation to determine whether any person or body can be held responsible for the deaths of eight people, including an infant, due to the flash floods on Sunday.

According to reports, two parallel investigations will be undertaken. One by the Fire Service, for omissions and errors in the handling of the situation, and the other by a criminal judge for any arbitrary structures and illegal earthworks in the riverbed of the River Lilantas.

Meanwhile, the Civil Protection authority has come under fire for not activating the 112 emergency number.

The body of a 72-year-old man was found Monday in the sea area of Kalamos. The other victims were found in the areas of Politika, Bourtzi and Amfithea.

The Fire Brigade evacuated 82 flood victims - 54 on the ground and 28 by helicopter - while another 15 people...