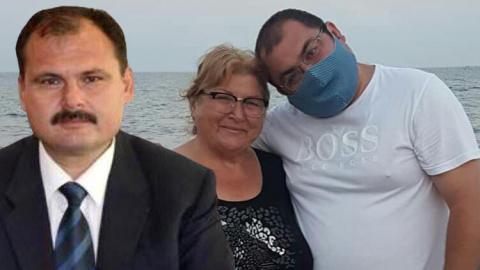 A deputy governor of the southern province of Hatay has shot his mother and brother dead in what is believed to be a family feud.

Tolga Polat killed his mother İkbal Polat and brother Altuğ Polat on Aug. 11 when the family gathered to discuss an inheritance sharing issue at their home in the Seyhan district of Adana province.

The father, Şeref Polat, who was also at the house at the time of the incident, was unhurt.

The family members met ahead of a scheduled court hearing related to the inheritance of properties and money, allegedly belonging to Şeref Polat.

However, the members of the family disagreed on how to share the inheritance. In the ensuing discussion, Tolga Polat killed his mother and brother with a gun, daily Hürriyet reported.

Police and paramedics arrived at the scene after the neighbors informed the authorities of the gunshots.

Tolga Polat turned himself in and was referred to the local police headquarters for questioning.