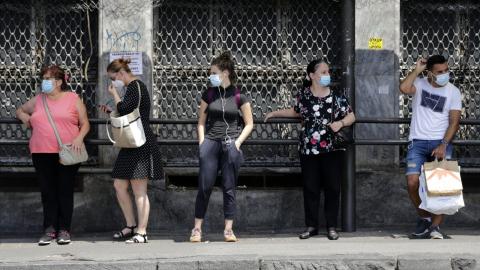 What explains this shift, from being the region that initially had among the fewest cases in Europe, to a surge?

Some country-specific reasons might explain individual cases, such as recent elections in Serbia and North Macedonia, or the government crisis in Kosovo, or protests in Montenegro and Serbia. However, none provides an overarching regional perspective.

This does not mean that none of these reasons matter. They are all part of larger challenges that these societies are facing. The level of distrust between citizens and the state in the Western Balkans is high. Citizens do not trust state institutions and governments do not trust their citizens. This distrust both enabled the early good results and contributed to more worrying developments in recent weeks.

These repressive measures were comparable only to those countries in Europe that were hit hardest by the pandemic, such as Italy and Spain.

Besides restrictive measures, the main message from these governments was to blame their own citizens for being irresponsible and for not following the restrictions or showing sufficient care.