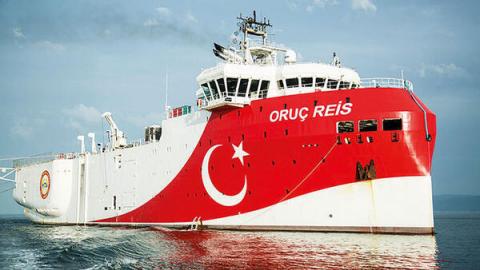 Turkey has the right to make any kind of decisions on its continent area by international law and should not take a step back, he told reporters at a press conference.

"It is right that the Oruç Reis research vessel is deployed in the area. But if these issues are to be resolved faster, we need to fix our relations with Egypt quickly," he added.

Elaborating on a recent oil deal between American Energy Company and the Syrian Democratic Forces (SDF), an alliance dominated by YPG, Öztrak criticized the Turkish government for not speaking high in response. The Turkish Foreign Ministry statement was issued late, and the presidency has not voiced reaction to the U.S. move, he said.

"The person who has to answer this question is the one at the head of the palace. But he remained silent. The Foreign Ministry also made a statement on this issue in a very embarrassed manner after waiting four days," he stated.