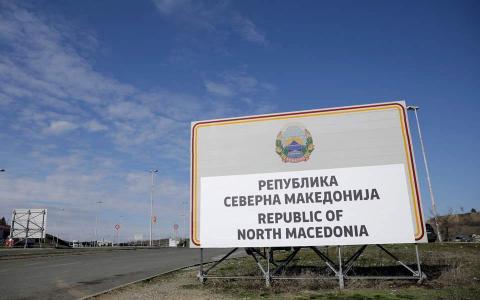 Police in North Macedonia say they have discovered 148 migrants crammed into trucks in two separate operations in central and northern parts of the country, and have arrested two men on suspicion of trafficking migrants.

Police said their patrol stopped a truck and accompanying passenger car near the town of Demir Kapija, about 110 km (70 miles) south of the capital Skopje, on Wednesday. They found 103 migrants, including 29 children, packed into the truck. The majority - 81 people - were from Pakistan, while 10 were from Afghanistan, eight from India, two from Egypt and one each from Iran and Syria. Two men from North Macedonia were arrested as suspected smugglers.

The migrants were transferred to a migrant shelter in the southern border town of Gevgelija pending deportation to Greece, where they are believed to have crossed into North Macedonia from.

Greek-American diaspora writing its own history, before it’s too late

Sparks fly in House over ban on large gatherings

Greek FM congratulates Blinken on confirmation as US Secretary of State