Israel And The United Arab Emirates Have Reached a Historic Agreement 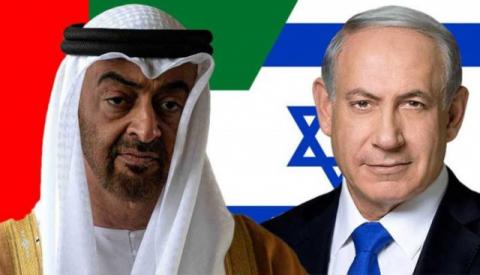 Israel and the United Arab Emirates have reached an agreement - brokered by the United States - to work towards a "full normalisation of relations", a deal the Palestinians called a "treacherous stab in the back".

Under the agreement announced by the US President Donald Trump on Thursday, Israel said it has agreed to "delay" the annexation of Palestinian lands in the occupied West Bank, but the plan "remains on table".

The UAE is the first Gulf Arab state and the third Arab nation - after Egypt and Jordan - to announce active ties with Israel.

The surprise deal was the product of lengthy discussions between Israel, the UAE and the US that accelerated recently, the White House said.

A joint Israel-UAE statement was also tweeted out by Trump, who called the deal a "huge breakthrough".

"This historic diplomatic breakthrough will advance peace in the Middle East region and is a testament to the bold diplomacy and vision of the three leaders and the courage of the United Arab Emirates and Israel to chart a new path that will unlock the great potential in the region," said the joint statement.

Delegations from Israel and the UAE would meet in coming weeks to sign bilateral agreements on investment,...