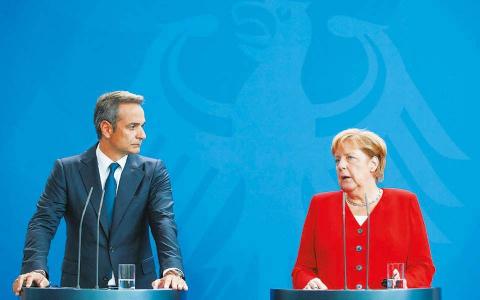 Greek Prime Minister Kyriakos Mitsotakis has held a telephone conversation with German Chancellor Angela Merkel ahead of Friday's emergency meeting of the European Union Foreign Affairs Council, according to reports.

According to the same reports, Mitsotakis briefed Merkel on Turkey's illegal activities in the Eastern Mediterranean.

No further details were immediately available about the call.