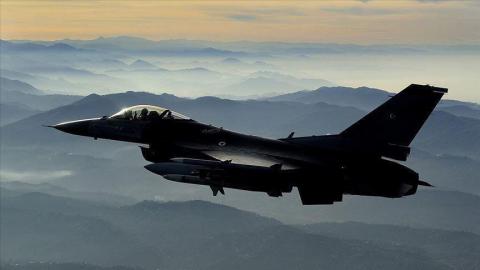 Turkey will continue its cross-border operations against the illegal PKK group in northern Iraq if Baghdad continues to overlook the group's presence in the region, the Foreign Ministry said on Aug. 13, urging Iraqi authorities to cooperate with Ankara.

"Our country is ready to cooperate with Iraq on this issue. However, in the event where PKK presence in Iraq may get overlooked, our country is determined to take the measures it deems necessary for its border security no matter where it may be," the ministry said in a written statement.

It is primarily Iraq's responsibility to take the necessary measures against the PKK elements in its country, said Ankara, calling on Baghdad to take these steps.

"Turkey is ready to cooperate with Iraq on the PKK," said the statement, emphasizing that the group also challenges Iraq's sovereignty, territorial integrity, security and stability.

Ankara also invited some countries and regional organizations that are making groundless claims against Turkey to put an end to their approach as that encourages terrorists. Turkey has long been staging cross-border operations into northern Iraq where the PKK has hideouts. In June, Ankara launched a new ground offensive dubbed Operation Claw Tiger that saw Turkish troops advance deeper into Iraq.

On Aug. 11, Iraq's military said a Turkish airstrike in northern Iraq killed two of its members, a border guard and their driver. Iraq's Foreign Ministry then said Baghdad canceled Turkey's defense minister's visit and summoned the Turkish ambassador to inform him of "Iraq's confirmed rejection of his country's attacks and violations."

Assange faces UK court ruling on extradition to US

Is it really the end or the beginning of the end?
INACO: Romania, last place in EU for women representation in Government, similar percentage with Iraq, Bahrain