‘Universal Enemy’: A Reappraisal of Jihadism through the Lens of Bosnia 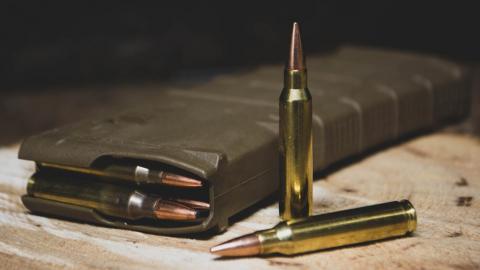 Preferring to serve with other practicing Muslims, he joined a new unit called the Odred Elmudžahedina - more commonly known as the Katiba - established, supplied, and funded largely by Arabs who came to Bosnia to support their fellow Muslims.

And it's the Katiba that is the focus of Li's book, The Universal Enemy: Jihad, Empire, and the Challenge of Solidarity, which asks the question: what brought this diverse group of over a thousand Muslims from over a dozen countries to fight and die in Bosnia?

To answer this question he compares the jihadists with the blue helmeted peacekeepers deployed to Bosnia under the flag of the United Nations.

Both forces confronted a similar set of conflicting reactions from local Bosnians: hospitality and duplicity, admiration and suspicion. Both entered an unfamiliar country and struggled to understand the local dynamics, seeking to effect "social transformation with questionable local legitimacy." Li's book explores these parallels.

While most studies of jihad treat it as a problem to solve, Li is more interested in understanding what the jihadists saw themselves as a solution to.

By comparing them with peacekeepers, he argues that the Bosnian jihad is best understood as part of a universalist political project, rather than as a result of a cultural pathology or a misreading of scripture.

Bosnian jihadists caught up in US 'War on Terror'

The book traces the pre-war life stories of jihad veterans like Fadhil, stories Li collected across 15 years of research in almost as many countries through his work as an anthropologist and a lawyer. He finds that global networks of migration were crucial to the creation of the unit.

He also follows their stories after...