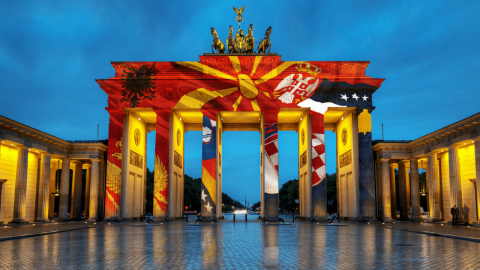 As Berlin takes over the EU's six month rotating presidency, BIRN brings an interview with Susanne Schutz, the Western Balkans Director at the German Federal Foreign Office to discover what the region can expect. With Germany one of the key EU member states with a keen interest in enlargement, there are hopes in the region that accession processes might receive a boost.

Schutz's message is that the region will certainly be high on Berlin's list of priorities, hoping to see 'renewed momentum' when it comes to enlargement. However, candidate countries must do their bit - and a crucial part of this will be improving the rule of law, the Achilles heel of the accession hopes of most countries in the Western Balkans. The self-improvement list does not end there.

With Montenegro the latest country to head towards Parliamentary elections - due at the end of August - amidst a simmering COVID-19 pandemic, we analyse the opposition's prospects going into the race.

With the ruling DPS having been in power ever since it transformed itself from the former ruling Communist Party into the Democratic Party of Socialists, betting on the opposition in Montenegro would be a brave move at the best of times. Yet our analysis finds that the opposition is not doing much to help itself either, heading into the elections divided and engaged in internal warfare. A summer election date will not help.