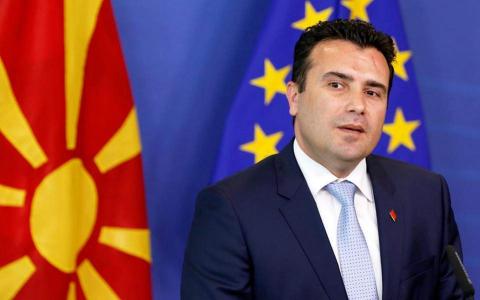 "I will lead a government that will not ... veer away from the road leading to membership of the European Union after obtaining membership of NATO," Zaev said.

The Social Democratic leader, who needed time to ensure the support of parties representing North Macedonia's ethnic Albanian minority before getting the green light to form a cabinet, will have 20 days to do so.

Zaev, who had led the previous government of the former Yugoslav republic since 2017, put the country on a path toward EU membership by agreeing to add "North" to its name.

That resolved a decades-old stand-off with Greece, which had viewed the name "Macedonia" as a claim on its province of the same name, and...