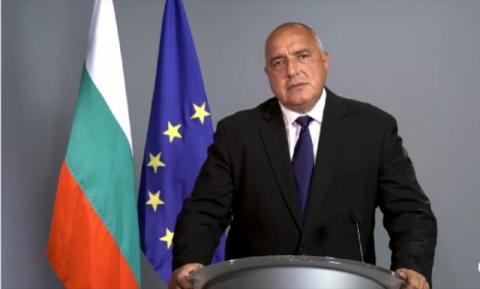 Prime Minister Boyko Borissov proposes convening a Grand National Assembly and amending the Constitution. This is stated in his official statement.

Here is the full wording of the statement:

I appeal to all Bulgarian citizens.

I promised to come up with my decisions - it's time to announce them!

At this point, this government that people have elected has fulfilled its commitments: it has guaranteed economic growth, sound finances, a record low external debt, improved infrastructure on an unprecedented scale, launched the major energy projects that many claimed were impossible.

This government continues to lead the country through the pandemic with minimal damage, we have mobilized billions in support of health and social systems, people and the business.

Cigarette smuggling levels have dropped tenfold over nine years. Thus, Bulgaria is currently the European country with the lowest levels of tobacco smuggling. Hundreds of millions is the corresponding effect for Bulgaria from the monitoring of alcohol and fuels in refineries.

This government has contracted nearly BGN 60 billion to be invested in our country in the coming years.

This government has convinced our European partners to accept us in the innermost circle of European integration - the Eurozone and the Banking Union!

During the years of GERB's rule, with me as Prime Minister, we have increased income and GDP more than two and a half times.

This turned out to be insufficient.

Following years of attacks by unsystematic and failed political players, blasphemy and fake news, trust in institutions has eroded. The...