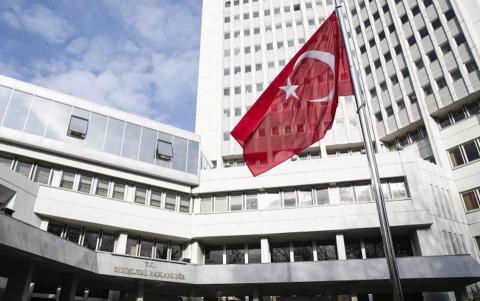 Turkish Foreign Minister Mevlut Cavusoglu said he sent a letter to the EU's top diplomat Josep Borrell ahead of a special meeting called at Greece's request, wanting to explain Turkey's position on developments in the Eastern Mediterranean, according to the country's state-run news agency Anadolu.

Cavusoglu argued that Greece and Cyprus' "unilateral measures, alliances and initiatives" have excluded Turkey, despite its call for dialogue and cooperation.

He said Greece and Egypt's maritime border deal is "in total violation" of Turkey and Libya's continental shelf.

Cavusoglu also urged EU member states to oppose any "unfair" measures that may be taken against Turkey.