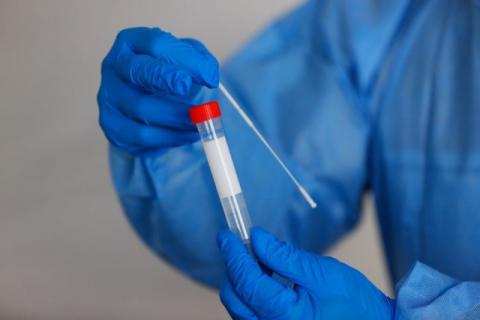 "The current epidemiological situation in Serbia can be marked as uncertain," said epidemiologist Dr. Branislav Tiodorovic.
In the far south, in the part of the municipalities of Bujanovac and Presevo, we have a slight growth in the population of the Albanian minority, which can turn into a larger increase in the number of patients, because they are treated in private clinics. They use the health care system when there are exclusively severe cases, and that is why the mortality rate is higher in those patients, Tiodorovi said.
He drew the attention of those who are on summer vacations that the virus is still among us.
"We have to be ready for what awaits us by the end of the year."
About the PCR test, he says that they adhered to the prescribed criteria and explained that there are three zones, where the most critical is red.
"In the red zone, important for us, for example for Bulgaria, we are looking for a test, then Romania, which has the largest number of positive cases, North Macedonia."
There is a special interest for Bosnia-Herzegovina, Kosovo and Metohija, where there are many of our people, but we will make a decision on the introduction of measures in the coming days.
"For our citizens returning from those countries, we do not introduce any measures, counting on their self-awareness, to protect the health of themselves and their families and to call a doctor on time."
The tourist season is bad in Montenegro and Bosnia and Herzegovina, so there is less chance of getting infected, Tiodorovi explained. He notes that this is a dynamic process of monitoring the situation, on a daily basis.
"You are witnesses that, given the growing number of patients in the region, especially those which present tourist...

The Netherlands is "boiling", but it is no longer clear why

"10.000 vaccines have arrived in Serbia; the world is like the Titanic today" VIDEO

Worrying and startling data for Serbia: 850.000

"For us from the red zone, there is no dilemma"