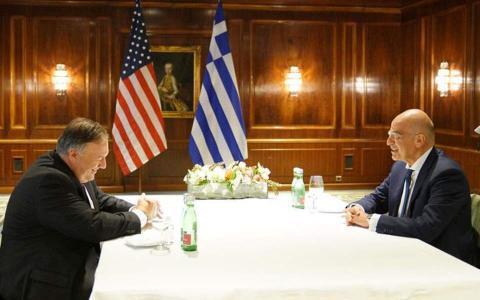 Greek Foreign Minister Nikos Dendias said on Friday he hoped that all parties involved in a dispute in the eastern Mediterranean Sea will act according to international law and that there will be no conflict.

"I hope there will be no conflict if everybody keeps his mind and everybody acts according to international law, international law of the sea," he told reporters after discussing Greece's dispute with Turkey over energy exploration in the eastern Mediterranean with US State Secretary Mike Pompeo in Vienna.

The US State Department said in a statement that the two ministers discussed "the urgent need to reduce tensions in the Eastern Mediterranean" without providing more detail.

The meeting comes on the day it emerged that a Greek and a Turkish warship were involved in a minor collision on Wednesday. A Greek defense source called it an accident, but Ankara...