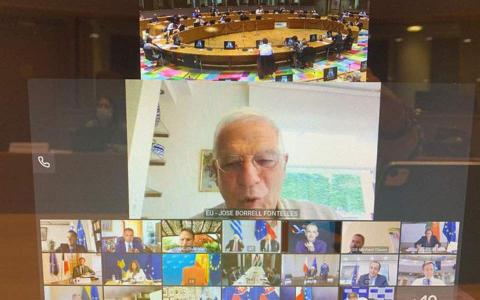 During an EU teleconference of the European Union Foreign Affairs Council (FAC) on Friday, Greece and Germany disagreed on the content of the statement officials had planned to issue after the talks, according to diplomatic sources.

The Greek side insisted on a harder line against Ankara that would have demanded an immediate end to Turkey's exploratory activities in the Eastern Mediterranean this week and that would have welcomed last week's deal between Greece and Egypt demarcating the two countries' exclusive economic zones.

However German officials disagreed, particularly over a proposed reference to the Greek-Egyptian deal. Berlin was irked with the timing of the Greek-Egyptian maritime accord, a day before the scheduled announcement of exploratory talks between Athens and Ankara that had been mediated by Germany.

As a result, Greece too refused to approve...