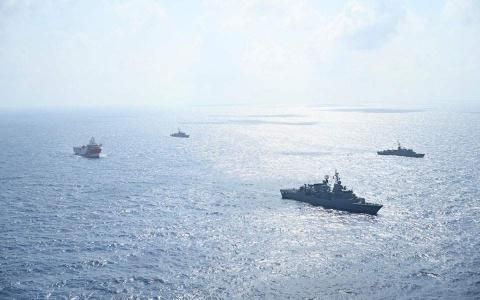 Turkish President Recep Tayyip Erdogan said Turkey would press ahead with its search for oil and gas in the disputed waters until Aug. 23 as planned. But following a phone call with Germany's leader, he signaled that Ankara and Berlin had agreed to a "softening" of positions after that date.

There was no indication from Athens whether it had been consulted, or agreed, on the matter.

Erdogan warned, however, that Turkey would strongly respond to any "harassment" of its vessels by Greece. Turkey has a research ship accompanied by two warships prospecting between Cyprus and the Greek island of Crete, and Greece deployed its own naval vessels...