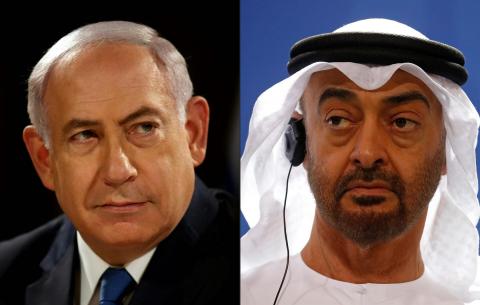 Israel and the United Arab Emirates announced on Aug. 13 that they will normalize diplomatic ties and forge a broad new relationship, a move that reshapes the order of Middle East politics from the Palestinian issue to the fight against Iran.

Under the accord, which U.S. President Donald Trump helped broker, Israel agreed to suspend its planned annexation of areas of the occupied West Bank. It also firms up opposition to regional power Iran, which the UAE, Israel and the United States view as the main threat in the conflict-riven Middle East.

Israel had signed peace agreements with Egypt in 1979 and Jordan in 1994. But the UAE, along with most other Arab nations, did not recognise Israel and had no formal diplomatic or economic relations with it until now. It becomes the first Gulf Arab country to reach such a deal with the Jewish state.

Officials from the three countries called the accord "historic" and a breakthrough toward peace. But Palestinian leaders, apparently taken by surprise, denounced it as a "stab in the back" to their cause.

The accord will allow the two countries "to chart a new path that will unlock the great potential in the region," it said.

Israel and the UAE are expected soon to exchange ambassadors and embassies. A signing ceremony is due to be held at the White House.

"As a result of this diplomatic breakthrough and at the request of President Trump with the support of the United Arab Emirates, Israel will suspend declaring sovereignty" over areas of the...