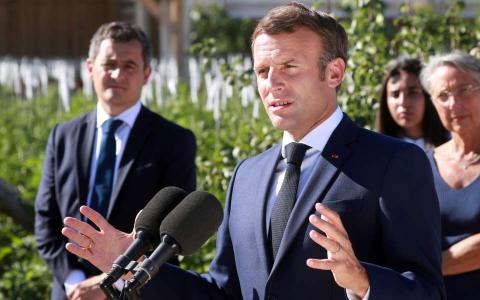 As part of his initiatives regarding the Eastern Mediterranean and Libya, French President Emanuel Macron said in a tweet on Friday that he contacted his US counterpart Donald Trump, adding that their views about the region are identical and will be imposed.

"I spoke with US President Donald Trump about the situation in the Eastern Mediterranean, Libya and Lebanon. Our views converge. Our interest in peace and security there is common. We will impose it," he wrote in his tweet.

In response to Turkey's violations of the territorial waters of both Greece and Cyprus, Macron this week said France will temporarily increase its military presence in the Eastern Mediterranean.

On Thursday, Greece and French forces held a joint military exercise in the region of the Greek continental shelf where the Turkish research vessel, the Oruc Reis, had entered the previous day.<...