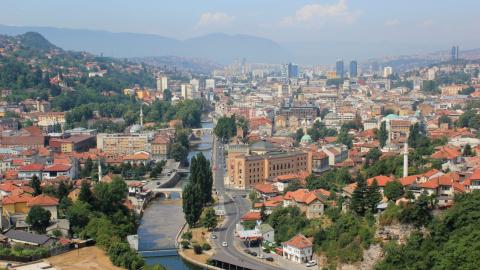 The Ministry for Veterans' Affairs of Sarajevo Canton told BIRN that it set aside 2,680,000 Bosnian marks (1,370,000 euros) from 2013 to 2020 to help mainly Bosniak former Bosnian Army soldiers and police officers who are on trial for war crimes and their families.

Data from the ministry suggests that the resources were allocated to foundations helping defendants and their families, and given in direct assistance to defendants' lawyers.

"We plan to allocate the amount of 200,000 marks to support the foundations' projects and 450,000 marks as direct assistance to individuals," the ministry said in written comments to BIRN.

It said that the money allocated for this purpose was extremely important.

"With this type of help you provide support to members of the veteran population and protect the achievements of the defence-liberation war, which is the primary task of the Ministry for War Veterans' Affairs," it said.

"We point out that these actions do not justify individual crimes by members of the armed forces of the Republic of Bosnia and Herzegovina, which unfortunately happened. We consider that everybody should answer for their actions, but we want to help defendants and their families to try to defend themselves from accusations in a dignified manner," it added.

One of the recipients of financial aid was Mirsada Mujanovic, the wife of Husein Mujanovic, who was convicted in a first-instance verdict at the Higher Court in Belgrade of beating Serbs in a prison which, according to the charges, was managed by the Bosnian Army near Sarajevo during the war.