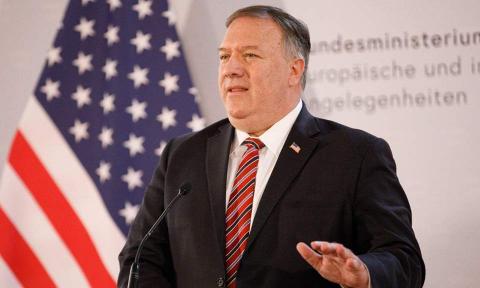 US Secretary of State Mike Pompeo is to meet Turkish Foreign Minister Mevlut Cavusoglu in the Dominican Republic on Sunday, CNN quoted acting assistant secretary of state Michael Kozak as saying on Friday.

The meeting would follow Pompeo's talks with Greek Foreign Minister Nikos Dendias in Vienna on Friday which focused on Turkish aggression in the Eastern Mediterranean.

Turkey's activities in the region were also the focus of a teleconference of the European Union Foreign Affairs Council.

End of lockdown likely to be pushed back