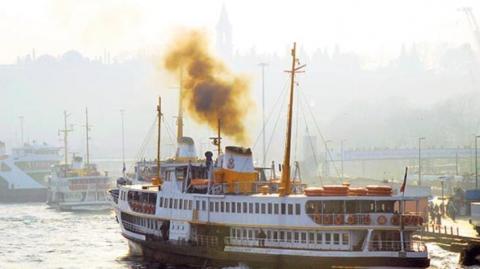 Air quality across Turkey is above the safety limit values set by the World Health Organization (WHO), according to the Right to Clean Air Platform, an independent nongovernmental organization focused on the issue of air pollution in the country.

The platform shared the results of its research, "Black Report 2020: Air Pollution and Health Impact," with the public on Aug. 13. The health effects of air pollution in the region between 2016 and 2020 were evaluated in the research, in which the country's four-year air pollution report was also announced.

The air pollution level was above the WHO limit values in 98 percent of the 51 provinces that were measured in the country in 2019, according to the report.

The pollution level was above the national limit values in 70 percent of the provinces under the scope of the research study.

The air pollution level was below the WHO recommended safety limit values only in the southern provinces of Adana and Hatay.

Last year, air quality could not be calculated in 30 provinces, home to nearly 18 million people, due to insufficient data on the quality of the air.

And for the past three years, there has been no information about the level of air pollution in three provinces that are home to nearly 2.2 million people, including the Central Anatolian province of Eskişehir.

The three provinces with the highest number of deaths attributed to air pollution last year were Istanbul, İzmir and Manisa, where many industrial facilities are located.

The province with the...