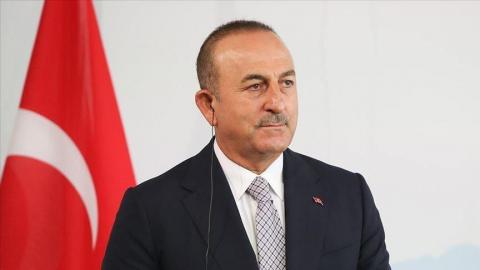 Turkey's foreign minister will pay official visits to the Caribbean region next week, the ministry said on Aug. 14.

Mevlüt Çavuşoğlu will attend the inauguration Sunday of Dominican Republic's President-elect Luis Abinader Corona, according to a statement that said Abinader will receive Çavuşoğlu after the ceremony.

Çavuşoğlu will also meet his U.S. counterpart, Mike Pompeo, who will also be in the Dominican Republic and the two will discuss the latest developments in the Eastern Mediterranean, according to Turkish diplomatic sources, who asked not to be named due to restrictions on speaking to the media.

The Turkish diplomat is also expected to have meetings with other heads of state and foreign ministers who will attend the ceremony.

He will visit Haiti on Monday and meet Foreign Minister Claude Joseph, before being received by Prime Minister Joseph Jouthe and President Jovenel Moise.

On the last leg of the regional tour, he will stop in Venezuela to have meetings Tuesday with Foreign Minister Jorge Arreaza, President Nicolas Maduro and Vice President Delcy Rodriguez.

The meetings are expected to focus on bilateral relations, as well as regional and international issues.

"In addition to the signing of bilateral agreements, a joint declaration on the occasion of the 70th Anniversary of the establishment of diplomatic relations between Turkey and Venezuela will also be signed," the statement said.

During his visit to Greece earlier Friday, Pompeo stressed the urgent need to reduce tensions in the Eastern Mediterranean.

In a press conference in Switzerland the same day, Çavuşoğlu stressed that Turkey wanted to resolve disputes in the region amicably and through dialogue.