Turkey lashes out at Biden over remarks on Turkish politics 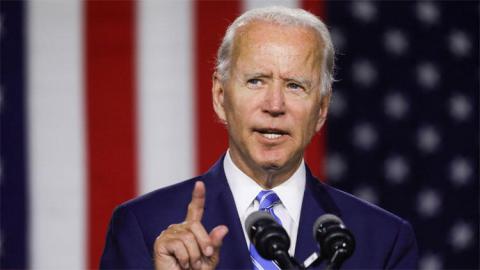 "U.S. Presidential candidate Joe Biden's remarks [made in December but reported by the media today] reflect the games being played over Turkey and their interventionist attitudes," Fahrettin Altun, the head of Turkey's Communications Directorate, wrote on Twitter in English.

"These remarks are not in line with democracy and the nature of Turkish-American relations," he added.

The current U.S. administration would find these "undiplomatic remarks unseemly of a presidential candidate" in a NATO ally, said Altun, adding that Turkey is not to be made into other countries' domestic political fodder.

He underlined that U.S. political institutions and the public should "disregard these irresponsible statements," clearly intended to score domestic political points.

"On top of all this, it's sad (though not surprising) that the opposition politicians in our country have yet to denounce these remarks that raise questions in the minds of our people and are insulting to the Turkish nation's democratic will and sovereignty," said Altun.

Turkey will not allow its democratic politics to be disturbed by such "irresponsible" statements, said Altun.

"Our country will continue our national struggle under the leadership of our President Recep Tayyip Erdoğan," he added.

Meanwhile, senior members of Turkish opposition also lashed out at Biden over his remarks on the U.S. to try to interfere in Turkish domestic politics.