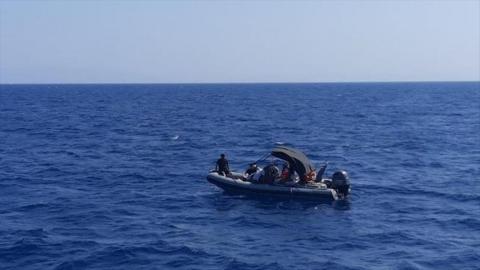 After routine checks, the asylum seekers were referred to the provincial migration authority.

Turkey has been a key transit point for asylum seekers aiming to cross to Europe to start new lives, especially those fleeing war and persecution.

Earlier this year, Turkey opened its gates to irregular migrants seeking to cross to Europe, accusing the EU of failing to keep its promises under a 2016 migrant deal.

Turkey has repeatedly condemned Greece's illegal practice of pushing back asylum seekers, saying that it violates humanitarian values and international law by endangering the lives of vulnerable migrants, including women and children.

The risk of waiting