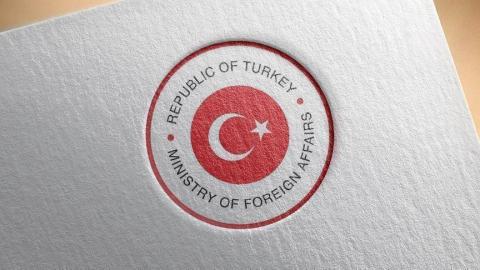 A defense agreement signed between France and Greek Cyprus is against the 1960 treaties that provide equilibrium between Turkish and Greek Cypriots on the island and poses a risk for the already fragile stability and security, the Turkish Foreign Ministry said in a written statement over the weekend.

"The agreement in question is against the 1960 Treaties and the equilibrium established by these treaties. There is also a risk of disrupting the efforts to ensure stability and security in the eastern Mediterranean," Hami Aksoy, the spokesperson of the ministry, said.

Signed in 2017, the defense agreement between Paris and Nicosia took effect on Aug. 1 but was announced by the two sides on Aug. 15 amid continued tension between Turkey and Greece over the overlapping continental shelf claims in the eastern Mediterranean.

France has deployed an airplane carrier and warships to the region for joint exercises with Greece after French President Emmanuel Macron said Paris will strengthen its military presence in the eastern Mediterranean.

The announcement of the defense agreement with Greek Cyprus is seen as part of French ambitions to be more visible militarily in the Mediterranean.

Recalling the 1960 treaties that created equilibrium between the two sides on the island, Aksoy stressed, "The Greek Cypriot administration, which does not represent the entire island nor Turkish Cypriots, is not competent and authorized to make such an agreement."

Aksoy also highlighted the recent French military deployment and actions in the region, saying, "It is unacceptable for France to take steps to further increase the tension in the current period, to organize joint exercises with the Greek Cypriot Administration in this context and to deploy...