Russia and China are Penetrating Balkans at West’s Expense 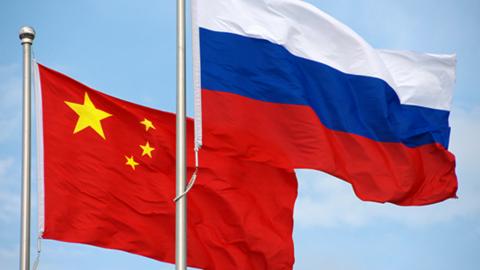 Both these examples speak volumes about how regional projects involving Chinese partners can go wrong, even when officials still describe them as successful.

Beijing's advance into Europe is a relatively new phenomenon. In Western Europe, China uses its relationship with high-tech European companies, and research and development centres to transfer sophisticated technology and advance its "Made in China 2025" project.

Despite its modest market opportunities in the region, China has tremendously increased its economic and political footprint.

Further east, the money-short economies of the region are lured by China's offer of "easy money" in the form of soft loans. Montenegro, Serbia, Macedonia, and Bosnia and Herzegovina are prime targets.

They seem unaware of the trap hidden in the business model their big partner from the Far East is offering; either that, or their instinct for political survival makes them blind to the obvious risks of these policies.

Although joint projects may look promising at the beginning, by using soft loans and economic projects Beijing may saddle these countries with unsustainable levels of debt, exacerbating their existing governance problems.

With 40 per cent of its external debt already owed to China, Montenegro is the most susceptible to the so-called "debt-trap" scenario that many countries with similar arrangements have experienced.

While most analysis of China's growing influence is focused on immediate, short-term successes or on mid-term economic challenges, less attention is devoted to the lasting consequences of this model, or how it resembles Russian moves in the region.