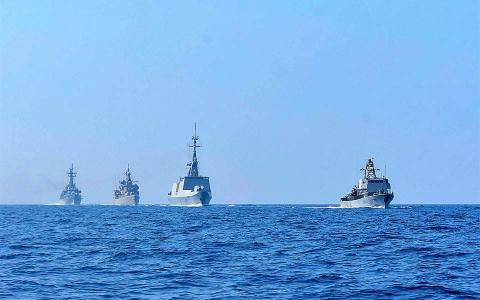 Greece has issued a Navtex in response to the advisory published by Turkey earlier on Saturday extending the survey activities of the Oruc Reis vessel in the Eastern Mediterranean through November 29.
The Navtex, issued by the Iraklio station in Crete, said that an "unauthorized station" has broadcast a Navtex message in the Greek Navtex service area referring to "illegal activity in an area including Greek territorial sea."
It added that the area designated by the Turkish advisory also overlaps Greece's continental shelf.
The Navtex, released by the Antalya station, reserved an area extending just beyond 6 nautical miles south of the island of Kastellorizo.
It said the Oruc Reis will continue its activity along with two other ships, the Ataman and Cengiz Han.
The Oruc Reis had been expected to finish its work by November 23.
Also on Saturday, Defense...