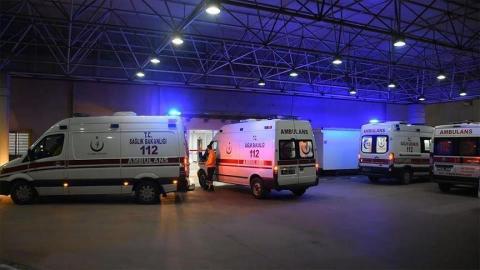 He was brought to a local hospital and then transferred to a hospital in Erzurum province, where he succumbed to his wounds, said the source, who asked not to be identified due to restrictions on speaking to the media.

Operation Yıldırım-3 was launched on Aug. 25 in Agri province to neutralize PKK terrorists in the region.

The PKK - listed as a terrorist organization by Turkey, the U.S. and the European Union - has waged a terror campaign against Turkey for more than 30 years and has been responsible for the deaths of nearly 40,000 people.

More than 1,200 Turkish security personnel and civilians, including a number of women and children, have been killed since July 2015, when the group resumed its armed campaign against the country.

Intact mask of Greek god Dionysus found in Turkey
Volkswagen packing up in Turkey, causing Erdogan to ‘lose’ his mind